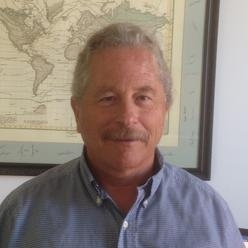 US Geological Survey, Tucson, AZ and Adjunct Professor of Geosciences and of Natural Resources and Environment at the University of Arizona

Jackson is currently a member of the Board of Reviewing Editors for Science, the Advisory Editorial Board for Trends in Ecology and Evolution, and the Editorial Advisory Board for The Holocene, and has previously served on editorial boards for Ecology, Ecology Letters, Frontiers in Ecology & Environment, Ecological Monographs, Ecosystems, Journal of Vegetation Science, Diversity & Distributions, Wetlands, and New Phytologist.  He is a past Fellow of the Aldo Leopold Leadership Program (2006), a Visiting Research Fellow at Merton College, University of Oxford (2012), and a Scholar in Residence at the Ucross Foundation (2012).  He is an elected Fellow of the American Association for the Advancement of Science (2009) and the Ecological Society of America (2014).  Jackson was awarded the 2011 George Duke Humphrey Distinguished Faculty Medal from the University of Wyoming, and the 2015 Excellence in Leadership Award from the U.S. Geological Survey.  He was listed as a Web of Science Highly Cited Researcher in 2016, 2017, and 2019.

Jackson's research has focused on using the past 25,000 years of earth history as a source of natural experiments to explore ecological responses to environmental changes of various kinds, rates, and magnitudes.  His interests also include the history of science, and he has edited two English translations of classic works by Alexander von Humboldt, with a third nearing completion.