Scroll down to brose field workshop locations, prices and descriptions.

*All programming subject to change.  Please refresh the page for the most up-to-date information.  Check in frequently for updates.

Morton Outcrops Scientific and Natural Area (SNA) is a massive high bedrock knob, composed of Morton quartz monzonite gneiss, which at 3.6 million year old is one of the oldest exposed rocks on Earth. Glaciers removed the overlying cretaceous sediments and about 10,000 years ago Glacial River Warren eroded the glacial till to expose the ancient bedrock. There are just a few similar exposures of Morton gneiss in Minnesota, all in the Morton area. Morton Outcrops was designated as an SNA in 2011 to protect its geological formation and the species and plant communities associated with it.

The major management concern on Morton Outcrops is the encroachment of woody plants, particularly common buckthorn and non-native honeysuckles. These species are a serious concern throughout the Minnesota River Valley and much of southwestern Minnesota. The rock outcrop prairie is also a fire-dependent community and it has been burned three times by the SNA Program, in 2009, 2014, and 2015. 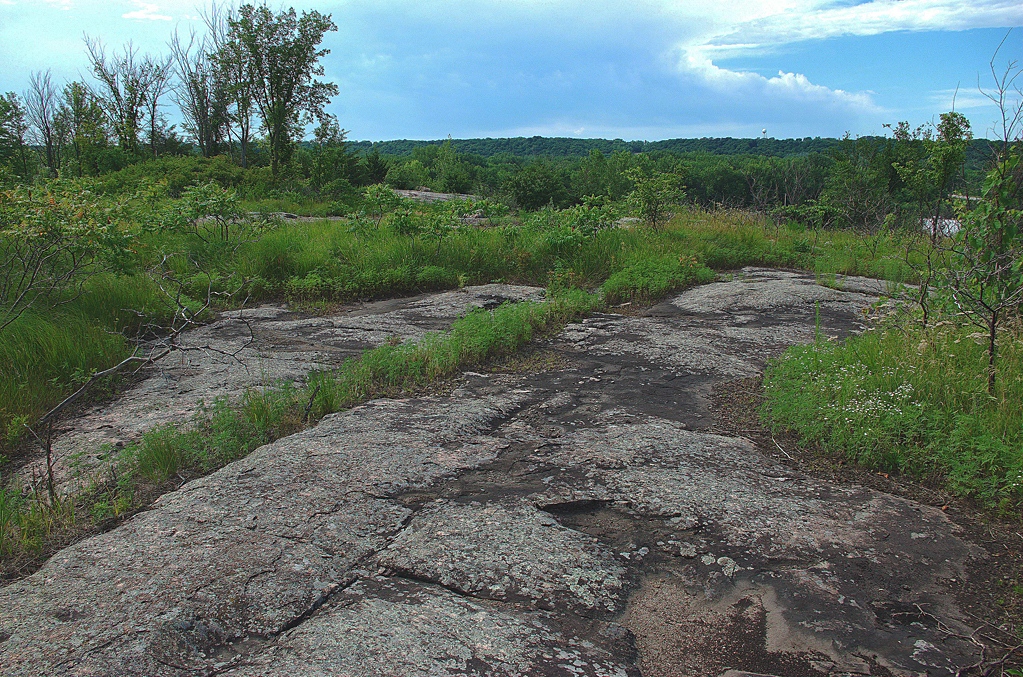 Chippewa Prairie is a rich example of the dwindling northern tallgrass prairie ecosystem, making its protection an important part of the Conservancy's efforts in Minnesota. The preserve provides a major migratory stopover for waterfowl along the Minnesota River, and it attracts a large array of native wildlife. 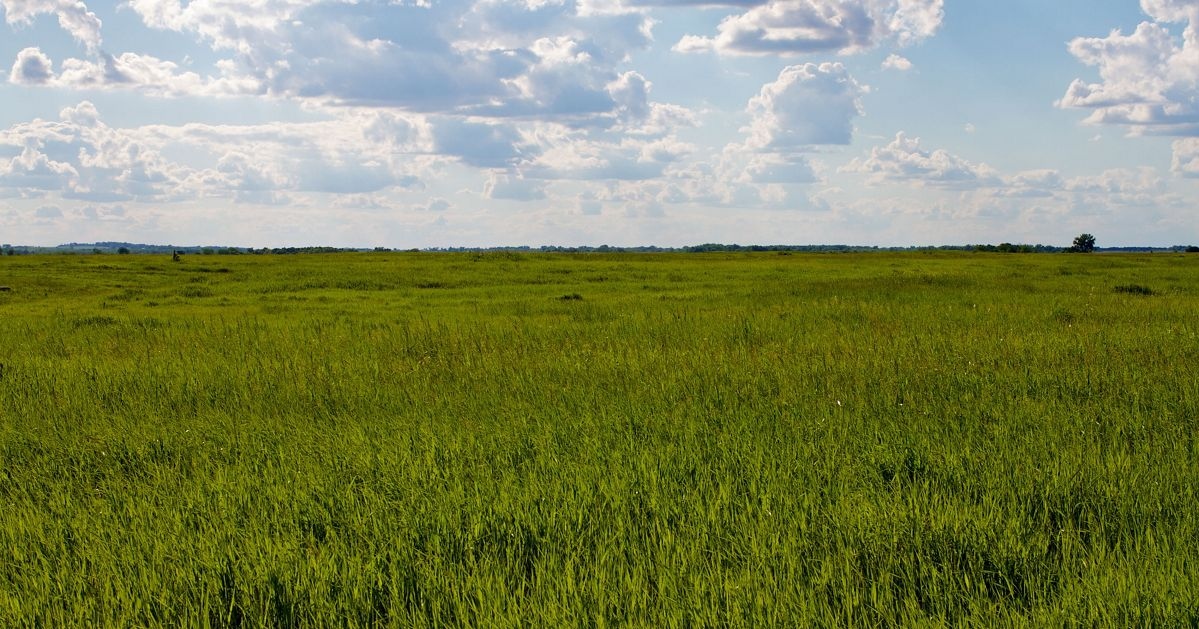 The Chippewa Prairie is a northern tallgrass prairie located on glacial outwash in southwestern Minnesota. The glacier left many boulders on the soil, making it too rocky to farm. The land was used for hay and grazing. The Chippewa Prairie is managed with patch burn grazing for improved rangeland health, wildlife habitat, and species diversity. Plant communities, invertebrates, birds, and herptofauna are monitored. The site is jointly managed by The Nature Conservancy and the Minnesota Department of Natural Resources.

This area includes the 24,300-acre Lac qui Parle WMA – the largest contiguous block of public land in west-central Minnesota and an incredibly popular destination for hunters, bird and wildlife watchers and others.

Lac qui Parle is a French translation of the name given to the lake by the Dakota Indians who called it the "lake that speaks." If you visit in the spring or fall you'll understand why. The lake is a stop over for thousands of migratory Canada geese and other waterfowl. You'll hear a chorus of honking, quacking, and other vocalizations. Paddle the lake, or cast a line and catch walleye, northerns, perch, or crappie. Explore one of the trails by foot or horseback. Visit the historic Fort Renville and Lac qui Parle mission sites. While in the area, be sure to visit the 27,000 acre Lac qui Parle Wildlife Management Area. 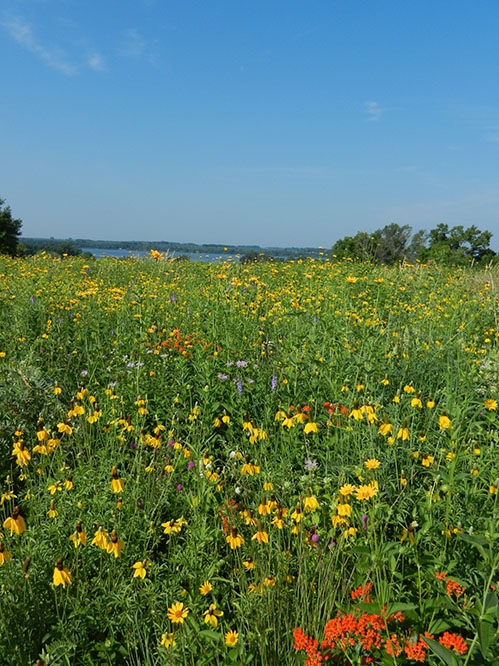 The preserve is named for its esker, one of the few protected in Minnesota and accessible to the public—a 70-foot high serpentine ridge of sand and gravel deposited by a stream that flowed below the ice of a retreating glacier and now provides a commanding view of the surrounding Ordway-Glacial Lakes landscape. The landscape includes dry sand-gravel prairie, marsh, and basswood-burr oak forest.

Lake Johanna Esker is just two miles east of the Conservancy’s Ordway Prairie and one mile northwest of Moe Woods and is an important stepping stone for wildlife linking these two preserves. The property also connects grasslands and wetlands in the Little Jo Wildlife Management Area with Conservancy land to the east.

The Nature Conservancy acquired the land under its Minnesota Prairie Recovery Project, an effort to protect native prairie and savanna and restore thousands of acres of degraded prairie and prairie wetland habitat. 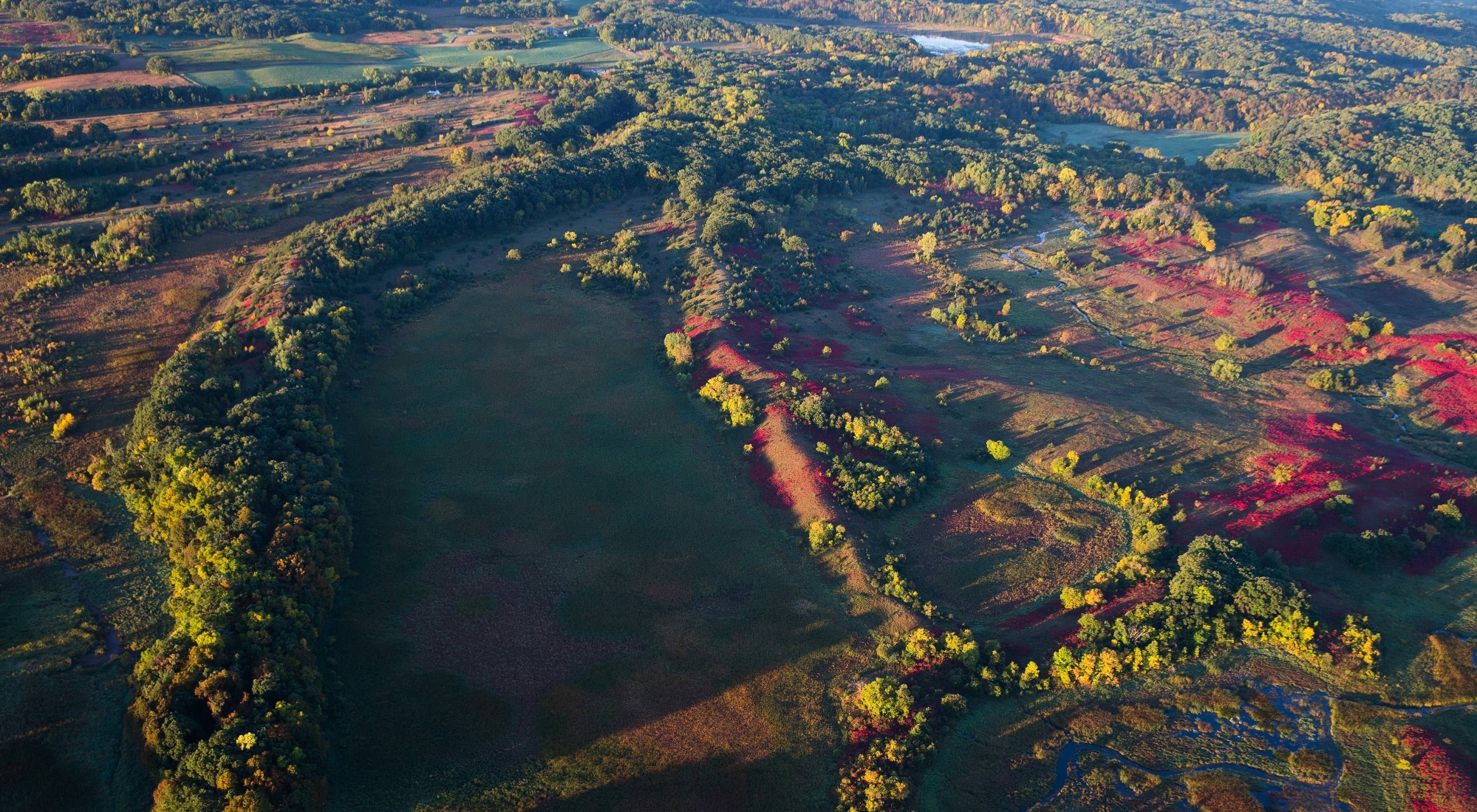 The patchwork landscape of Ordway Prairie combines grasslands and woods in a mosaic representation of millions of acres in the Midwest, where competition between forest and prairie was intense. On top of Ordway's sharply rolling, glacially-deposited hills lies dry hill prairie. Visitors can enjoy a grand view of this prairie from the top of the hill at the historical marker. In late spring of some years, the tiny flowers of blue-eyed grass wash a light blue color over the steep grassy slopes in the southern and eastern parts of the preserve. As the bloom of blue-eyed grass fades through June, sweeps of prairie submerge the hills with a yellow glow, an especially wonderful sight on sunny days through early July.

The relatively undisturbed quality of Ordway Prairie's grasslands and wetlands attracted the Conservancy more than 30 years ago. Expanding towns and continuing agricultural pressure have made this site's protection a priority.