Dr. Jim Bissell, Curator of Botany and Director of Natural Areas of the Cleveland Museum of Natural History, has a story about Beverly Danielson that sums up both her dedication to botany and how intrepid she was as a museum volunteer.

It was right after he and Beverly attended the Natural Areas Conference in 1988, which took place in Syracuse, New York.

“I convinced Beverly to leave at 4:30 am so that we could check a fen in Ashtabula County, adjacent to the Pennsylvania line,” he says.

After taking a detour to a pitch pine swamp north of Syracuse at the suggestion of yet another botany-loving friend, Richard Mellon, Jim and Beverly reached the fen. There they discovered specimens that made their early morning departure worth it: the first record of bog bluegrass in northern Ohio, and the first record of two-seeded sedge spotted in Ohio since 1896.

“My wife and Beverly's husband had no idea we got up at 4:30 am in order to search for bog bluegrass at Penn Line Fen,” Jim adds.

Beverly Danielson passed away Thursday, July 19, 2018, in Durango, Colorado, where she had moved with her 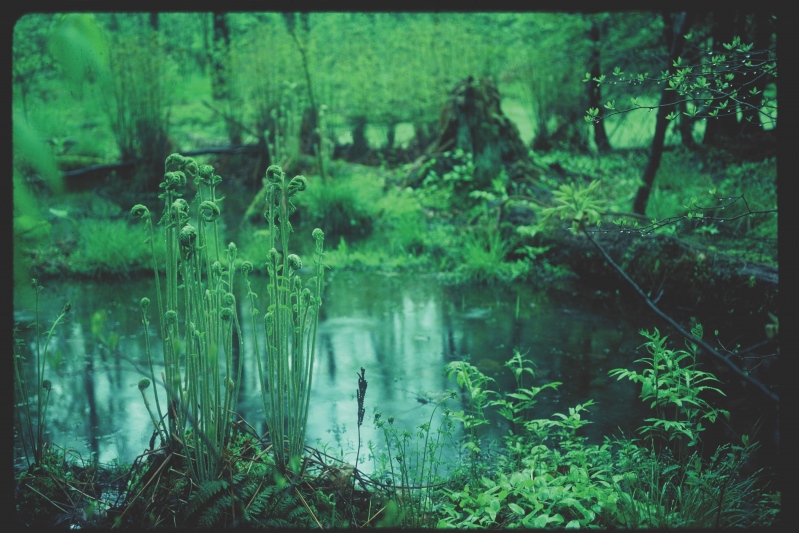 husband Bob in 2002. But before that move, she had spent 18 years as a volunteer botanist at the Cleveland Museum of Natural History, where she was also named Adjunct Curator of Botany. In that position, she collected and catalogued plant specimens, conducted tours of museum natural areas, and contributed research to various studies and plant resource publications.

Her dedication to a volunteer position that featured muddy predawn hikes in swamps might be hard to understand for people outside of the natural areas community, but Beverly clearly loved her work and the natural areas she spent so much time on. Jim notes that she volunteered every day he was at the museum between January 1986 and July 1996.

Along with her dedication and love for natural areas, her sharp eyes were also an asset to the museum. “Beverly was often the first person to see bog bluegrass,” Jim points out. The museum’s plant database lists Beverly as additional collector to Dr. Bissell for an amazing 6,909 specimens.

Jim recalls that after a week on the Niagara River identifying deep-water vascular plants for the Corps of Engineers, Beverly sought medical help for a pain she’d developed in her foot. The doctor diagnosed her with severe arthritis, which ran in her family. But although her field work had come to an end, Beverly continued to volunteer every day in the museum, entering plant specimens into the museum database, until she and her husband moved to Durango.

Beverly’s contribution to the study of botany in northeastern Ohio, and beyond, is memorialized in the almost 7,000 specimens she helped to collect. But her true contribution goes well beyond any number.

"Not only did Beverly work tirelessly for conservation, but she was also our office Mom,” says the Museum’s Associate Director of Botany & Natural Areas Renee Boronka. “She took many of us under her wing, making us feel at home at the Museum. She taught the importance of doing what you love.”

No picture of Beverly accompanies this article, because as Renee Boronka says, “Beverly did NOT like pictures of herself.” Instead, included above is a photo of one of Beverly’s favorite natural areas in northeastern Ohio – the area around the Museum’s Grand River Terraces.

Learn more about the CMNH's Natural Areas program, which recently reached 10,000 acres preserved. CMNH is a longtime partner to NAA and helps to support our Natural Areas Conference.